”…she creates the music freshly and naturally, yet with spontaneity and mastery…”

Steinway Artist Min-Jung Kym is quickly establishing herself as an innovative and musically-insightful aritst. She has performed with leading orchestras and musicians including Barry Wordsworth, Nicholas Collon, Pierre Amoyal, Nicholas Daniel, Mark van der Wiel, Mats Lidström, Leon Bosch, Joy Farrall, Andrew Haveron, Thomas Carroll, Sergey Levitin, Adrian Brendel and the sopranos Ailyn Pérez and Susan Bickley. Min-Jung was the ‘pianist of choice’ of the legendary violinist Ruggiero Ricci, with whom she collaborated between 2002 and 2005.

In 2008, Min-Jung was invited to perform with the world renowned Philharmonia Orchestra, which was received with such acclaim that she was immediately invited to perform with them again the following season. Her collaboration with the orchestra continues with the release in 2018 for Signum Classics, the recording of the Beethoven Piano Concerto No. 4 and the Mendelssohn Double Concerto under the baton of Clemens Schuldt, which was selected in the highly sought Apple iTunes Classical A-List in the week of its release.

A former Purcell School scholar, Min-Jung made her London solo concert debut at the age of 12 at the Royal Festival Hall. She went on to study as a scholar at the Royal Academy of Music, graduating with the Eric Brough and Elsie Horne prizes. Her professors have included Maria Curcio-Diamond (Schnabel’s protégée), Christopher Elton and Petras Geniusas. Min-Jung took regular masterclasses with Lev Naumov who hailed from the famous Heinrich Neuhaus School, and was lauded as the “Godfather of Russian piano school”. In 2009 Min-Jung was honoured with the Freedom of the City of London and elected a Liveryman of the Worshipful Company of Musicians. Further recognition was given when Min-Jung was awarded the Associate of the Royal Academy of Music (ARAM) – bestowed to alumni of the Royal Academy of Music who have distinguished themselves in the music profession and have made significant contribution in their particular field.

Min-Jung’s performances have led to fruitful collaborations with international designers, notably Zuhair Murad, Schiaparelli, Lie Sang Bong and Gustavo Lins who have all sponsored dresses for her.

Min-Jung is also a dedicated teacher and is regularly invited to give masterclasses in many parts of the world. She is also in demand as a jury member of many piano and chamber music competition. 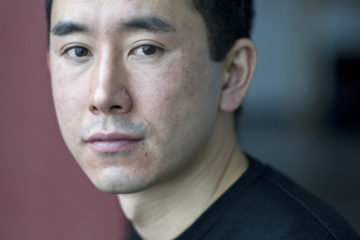